The Chinese’s love of wine appears to be something recent, with the highest authorities of the country desiring to be seen with a glass of red wine in their hands. However the relationship with wine started before the Maoist revolution. Deng Xiaoping, the father of modern China, the China that is amazing the world, and Chou En-lai, the historic foreign minister of Maoist China, discovered the quality of wine in Paris in 1920; where they had been living as refugees, before returning home to contribute to the revolution. So it is not by chance that in China today, the wine that is consumed is mostly French and, very often, the most expensive available. Now, as it had already happened a long time ago in the rest of the world, the Chinese, have discovered that Italian wine is just as good, if not better, as French wine; and above all, Italian wine is so varied that it can easily complement the many varieties of Chinese cuisine. From the wine of the North, in the Valle d’Aosta, Piedmont, Veneto and Friuli, to that of Central Italy, Tuscany and Umbria, to the South and the islands, Sardinia and Sicily, Italian wine varies in aroma and taste that they present themselves as the ideal match and superior to the wines of any other country. For dishes so profoundly different as the seven Chinese cuisines , as Cesare Pillon describes so well in the following pages: Cantonese (rice and delicate aromas similar to those in Piedmont, Lombardy, The Veneto or Tuscany); Sichuan (spicy, with chillies and peppers, the most loved by Chairman Deng), similar to those picante dishes of Abruzzo and Southern Italy, especially Calabria); Shandong (delicate and sublime tastes and freshness similar to those dishes of Liguria); Huaiyang (land of fish and rice, even more subtle than its sister cuisines, and served with many condiments similar to the dishes of Naples); Zejiang (great care in the selection of raw materials, sophisticated cooking techniques, that include frying beef, chicken or rabbit similar to the technique found in Florence); Fujian (seafood and delicacies from the mountains, similar to the cuisine of Calabria or Sicilian area around Etna); Hunan (pungent flavours with the use of red pepper, similar to the cuisine in Puglia); and finally Anhuai (incomparable combinations of the freshness of rock herbs or bamboo shoots, reminiscent of the Sardinian cuisine containing blackberries and wild herbs).

The Grandi Cru d’Italia Committee, which brings together the best producers (because to be a member signifies that the produced wines have been at the highest level for at least 20 years, according to consensus of rating guides and magazines around the world), is proud to offer the world and in particular, to the millions of Chinese who have discovered the love of wine, five recipes by each of the 10 chefs who have agreed to be witnesses of the love matches between their dishes and the Grandi Cru d’Italia. They should, therefore, Grandi Cru d’Italia Grand Cru wines and Chinese culinary masterpieces, so beautiful to browse through, is to be treasured for the incomparable Chinese wisdom for its presentation of the extraordinary recipes revealed by our great Chinese chefs, which are as wonderful to read in English as they are in Chinese..

We the Grandi Cru d’Italia Committee are certain that the love matches celebrated in these pages will be very productive: productive in terms of increasing knowledge between two ancient civilisations. In one civilisation wine was born 3000 years ago and successfully conquered the world, including neighbouring France, by the Roman Empire; and the other, the Chinese, where sophistication, elegance, and intellectual subtlety served to enhance the appreciation of wine, yesterday as today representing friendship and happiness. 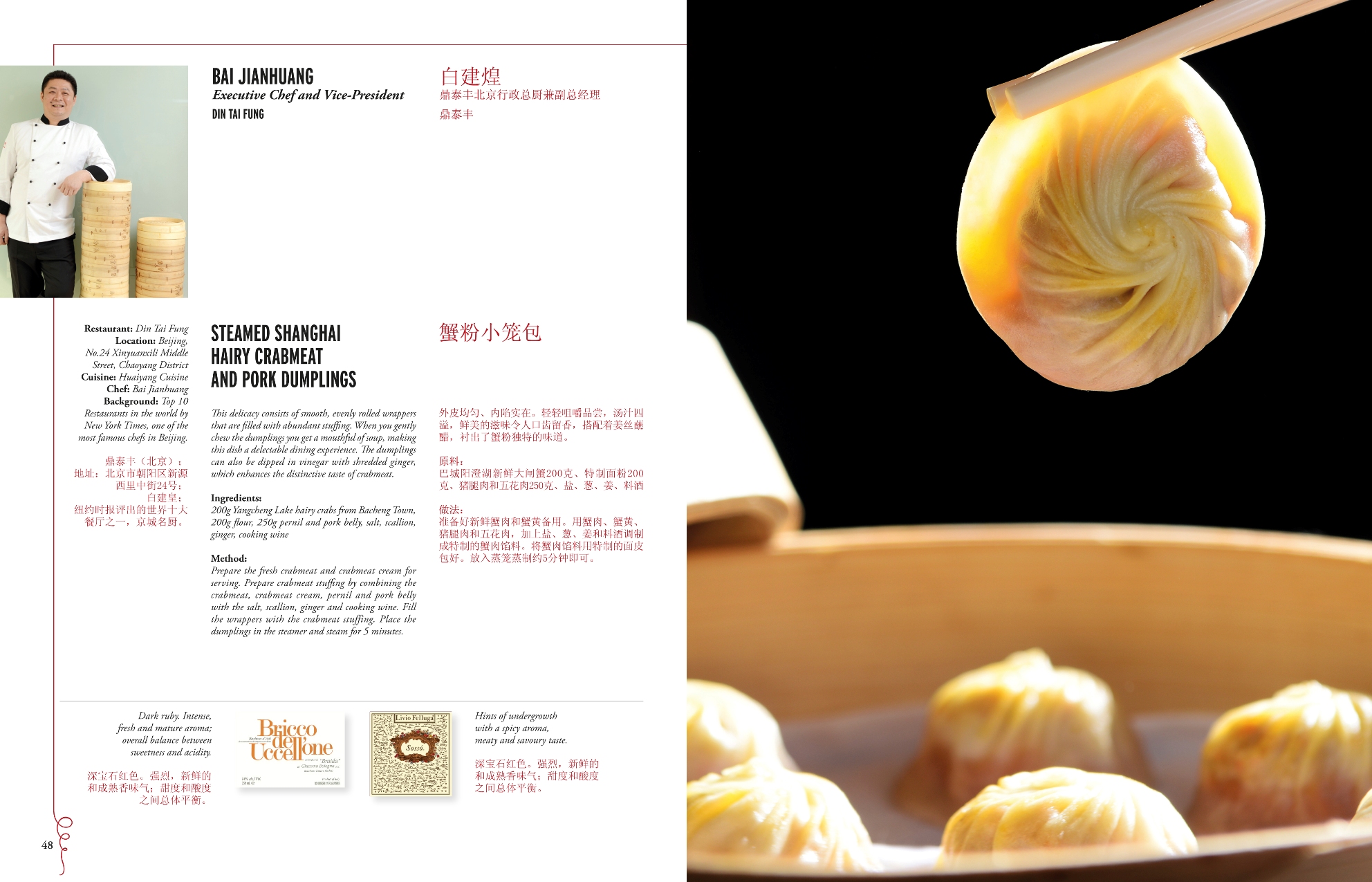 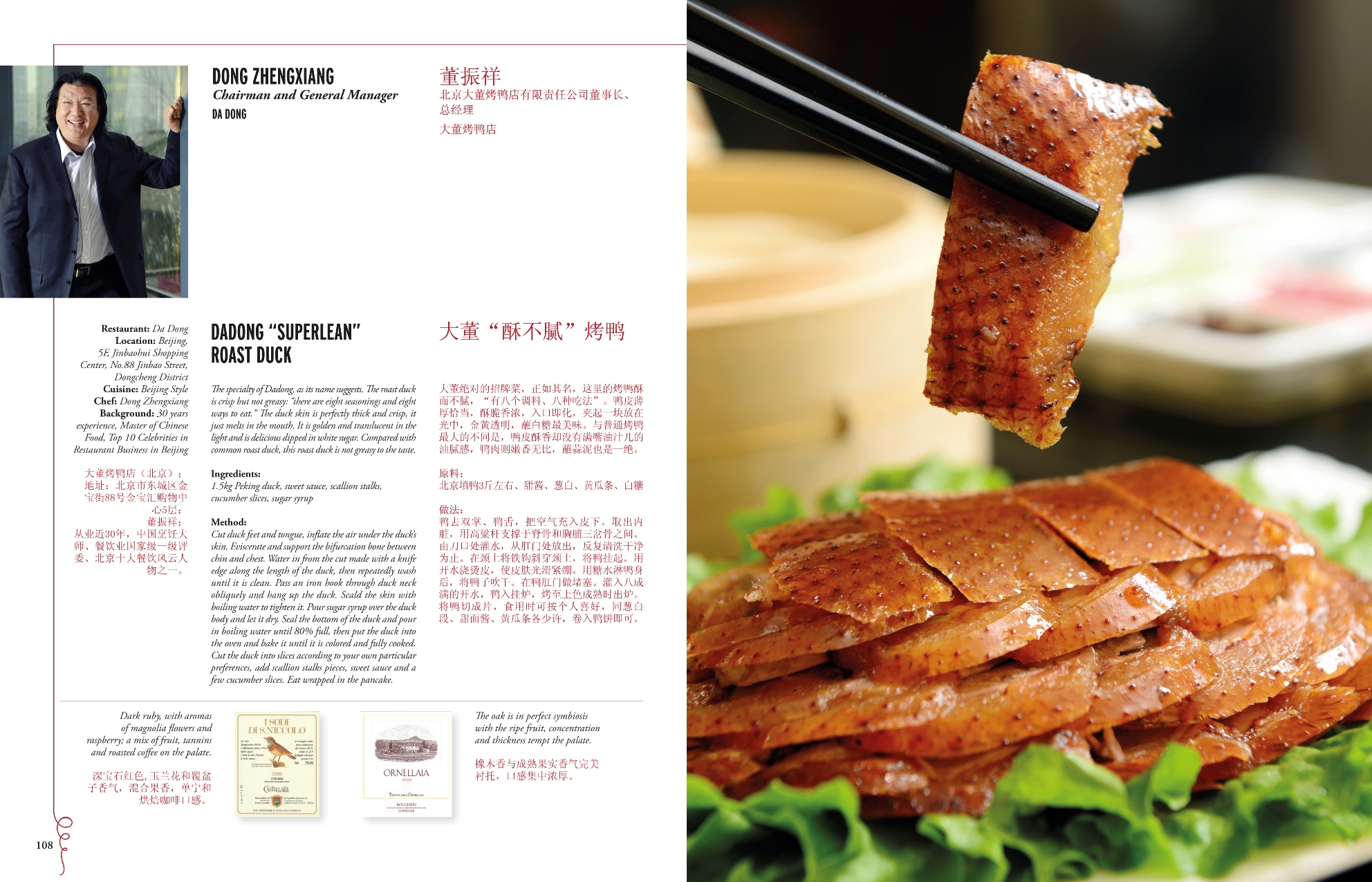 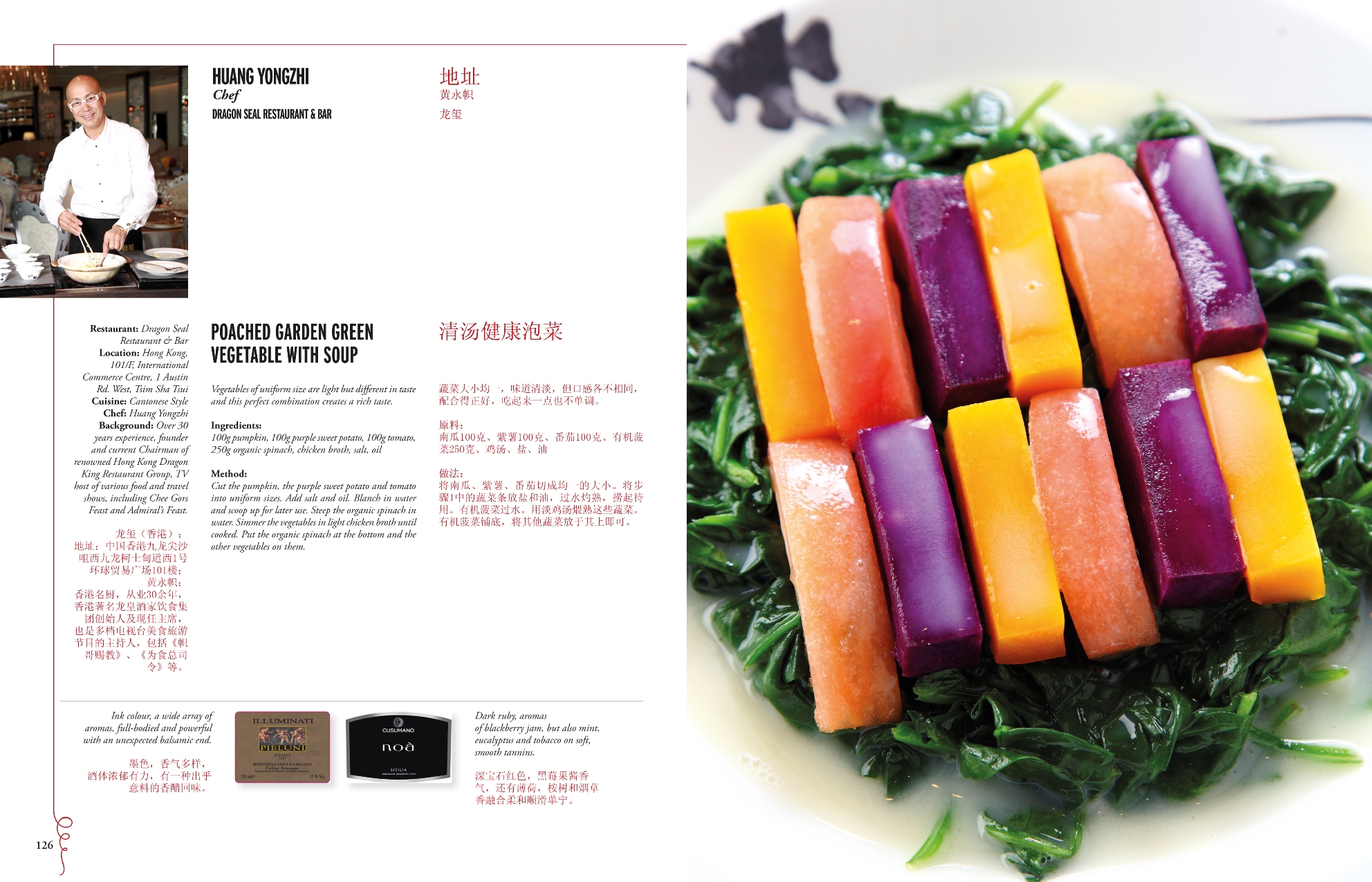 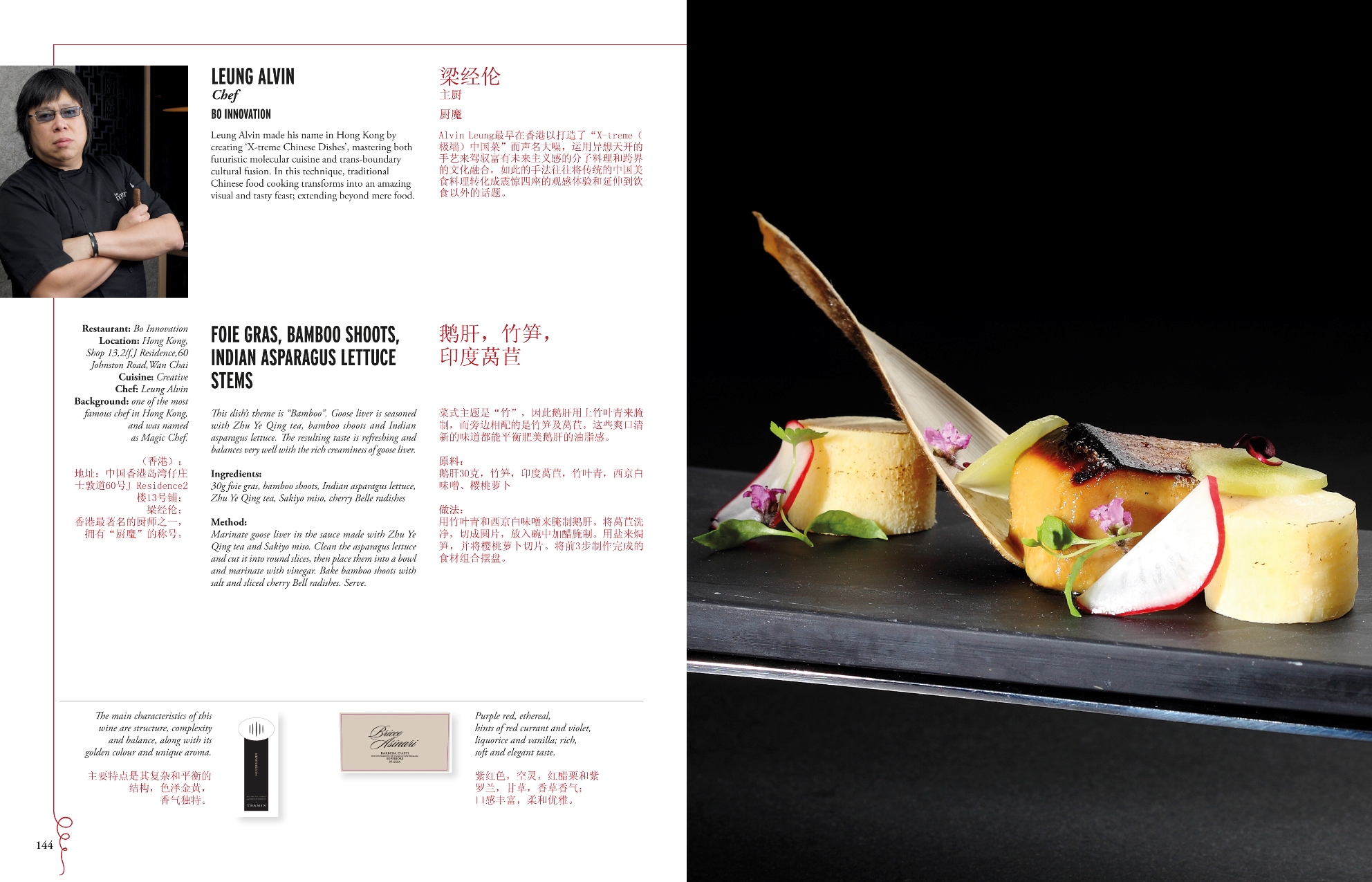 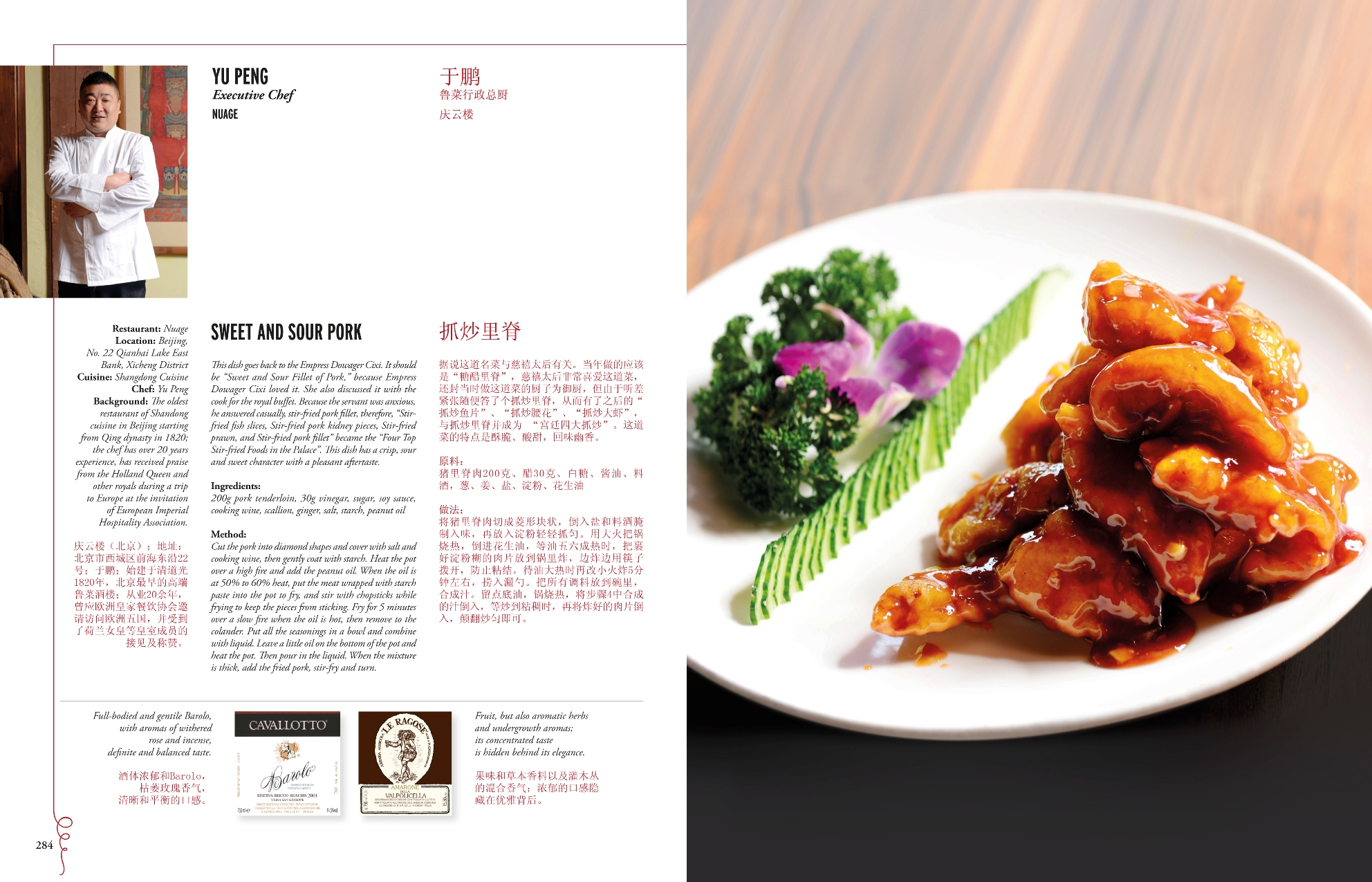