Not even the great Luigi Veronelli, who properly called barriques by their Italian name, carati, succeeded in finding an Italian name to translate the magical French word cru with all its many powerful connotations. After some reflection a group of friends and outstanding producers decided to launch the Comitato to unite winemakers with records of high and constant quality over a span of at least 20 years to distinguish them from weekend warriors who entered the wine sector on a whim, with a lot of capital to invest and lavish sums to pay trendy enologists. But we too had to yield. We also had to use the word cru, which since the Napoleonic classification of 1855 has indicated the best wines of our French cousins.

The Comitato (the French call it the Conseil) dei Grandi Cru d’Italia was founded about three years ago. It has a simple yet complex purpose: to unite under the name appearing in its Internet address, www.grandicruditalia.it, and used in this impressive book most of the producers and their wines in particular that for at least 20 years have guaranteed the world wines of the highest quality.

During the world’s fair in Paris the French had Napoleonic authority to decide, essentially on the basis of price as an indication of quality, which wines were grands crus and to divide them into various categories, ranging from premier cru to grand cru classé to simple cru classé, in Italy, no authority now exists that can make such a selection.

But there is today an authority that is more authoritative than a government entity, the free market, where there are wine critics, magazines and guidebooks that classify each year the best wines consumers can acquire.

The 12 promoting and founding members have assigned to Cesare Pillon, one of the most scrupulous Italian wine journalists who has long audited the leading guidebooks to compile a ranking each year of the top 100 Italian wines, the task of extending his search well beyond 100.  The aim is to see which and how many wines and, therefore, producers emerge from the matching of ratings by the leading Italian guides, Gambero Rosso, Guida Veronelli, 2000 Vini, Guida dell’Espresso and Maroni as well as the major international publications like The Wine Spectator. As a result, it appears that about 400 wines would have the basic characteristics to be considered grands cru d’Italia. The 12 promoting and founding members have opened the Comitato’s doors to an additional 36 founding members, plus about 100 ordinary members. Here the diverse definitions apply not so much to the more constant retention of quality of the first units its but to their greater consistency and affinity, in addition to the representativity of the country’s winemaking zones.

It was in that way that the list of the Grandi Cru d’Italia was assembled, and it, different from the French Conseil, is fundamentally open. In more than 150 years, only one wine has been added to the Napoleonic classification: Château Mouton. Philippe de Rothschild, a partner in the first wine classified in 1855, Château Lafite, dedicated more than 40 years of his life not as a banker like his cousins but as a dramatist battling to succeed in his campaign to grow the Napoleonic list by only one unit. The story of this fascinating adventure is told by Philippe de Rothschild himself. He died some time ago but he left his account of the struggle to his daughter, Philippine. She has published it in a magnificent edition, Vivre la Vigne, presented as a dialog with a nephew of the same name. It is a book that every producer and wine lover should read.

Since the list is open, the roster of the Comitato Grandi Cru d’Italia will be periodically updated either at the behest of the governing council upon receipt of new evidence from Cesare Pillon or at the request of the producers themselves. To be admitted, the producers must possess all the characteristics required by the articles of incorporation, which can be summarized as: active as growers and winemakers for at least 20 years and with at least one wine recognized as excellent by critics and the market.

2) A web site, www.grandicruditalia.it, that in addition to what the Comitato represents contains all the profiles and addresses with links to their sites of producers belonging to the Comitato.

3) The brandname and logo of the Comitato Grandi Cru d’Italia, which will be published in these pages and increasingly used by members in their promotional materials but also, if they wish, on labels and back labels.

4) The publication of the book you are reading, Grandi Cru d’Italia, la storia,i volti, le cantine, le vigne dei migliori vini italiani (Grands Crus, the History, Vaults, Cellars, the Vineyards of the Best Italian Wines). A book scheduled for translation into the languages of the most significant countries for exports of Italian wines. And each edition in a foreign language will be an occasion for promoting Italian wines with adequate ceremonies in those countries.

Deliberately, as you can see, a lean but essential program to show the wine sector, consumers and professionals who in Italy divide primacy in production with France. There are companies that guarantee maximum quality. They are united in a Comitato that in turn represents a guarantee of the best Italian wines. That is, competitive not only with French grands crus but also with the best wines of the entire world. 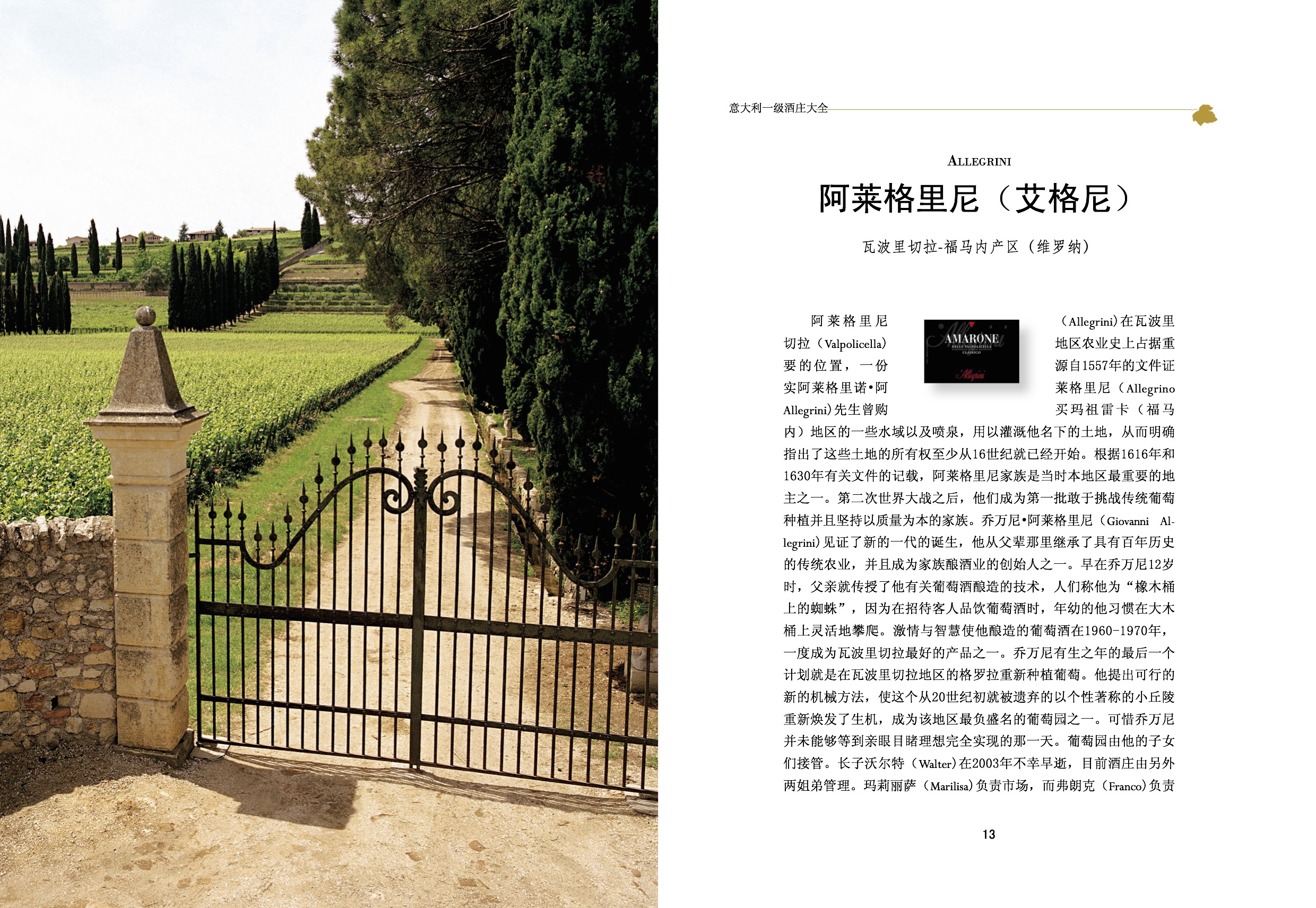 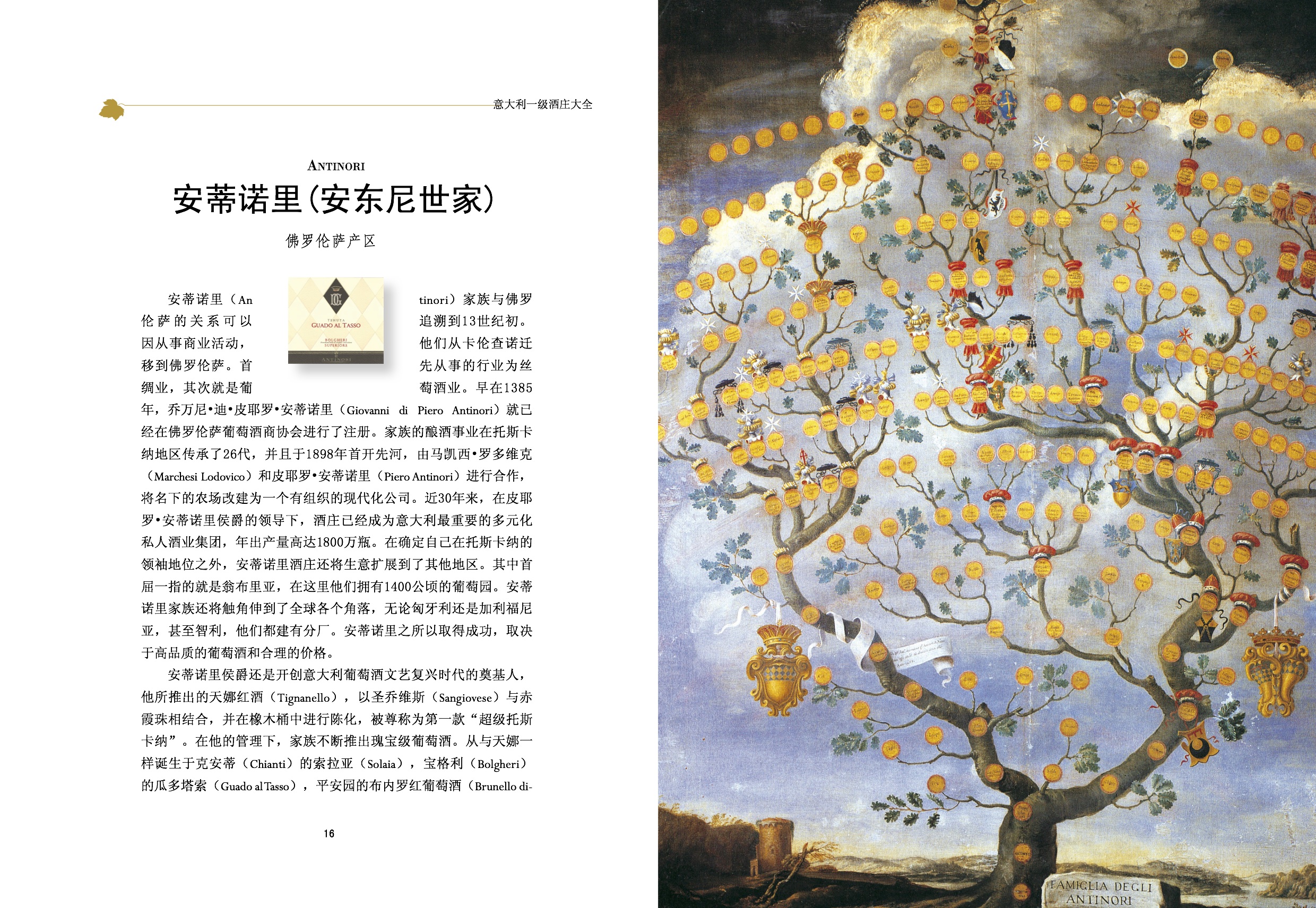 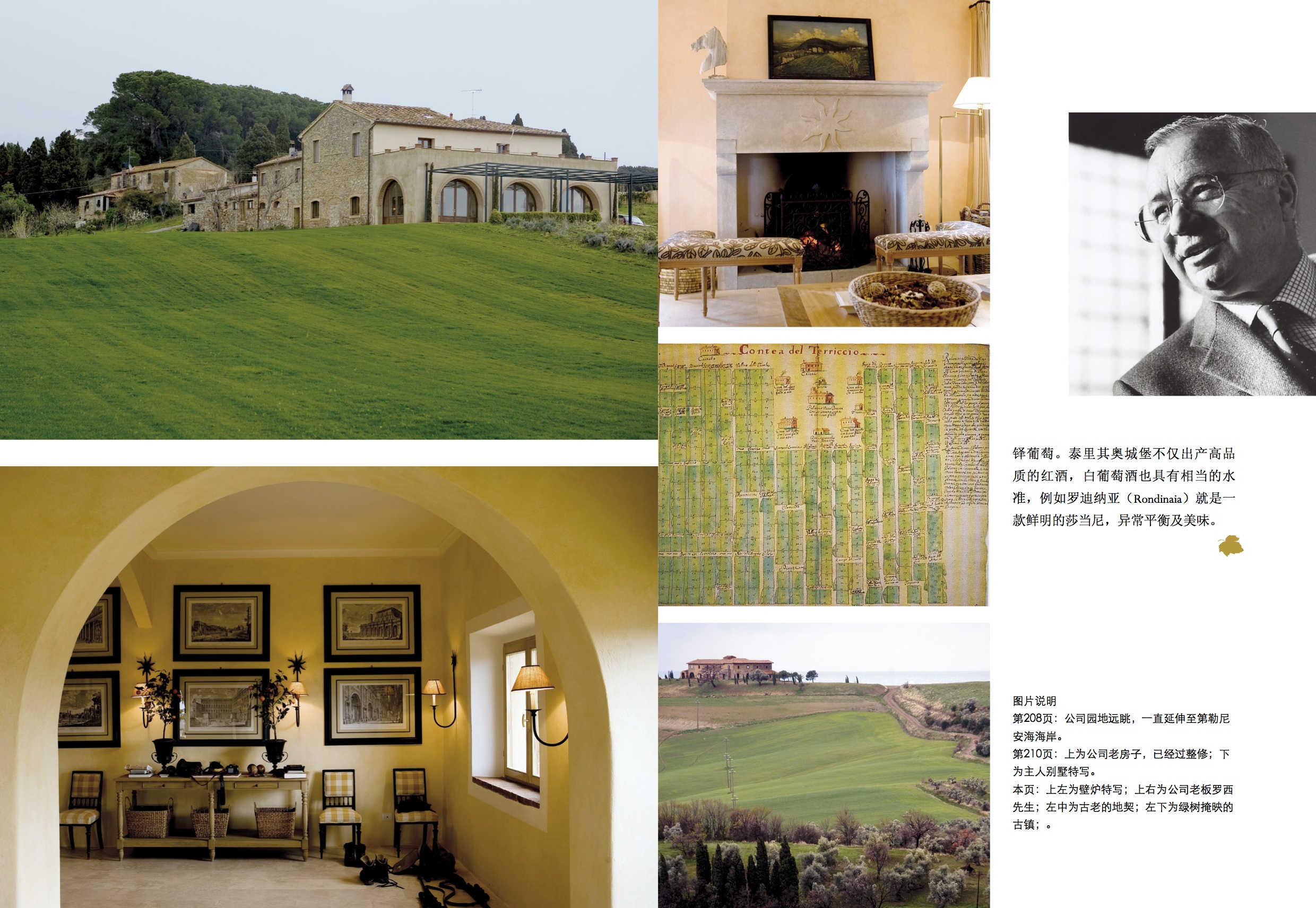 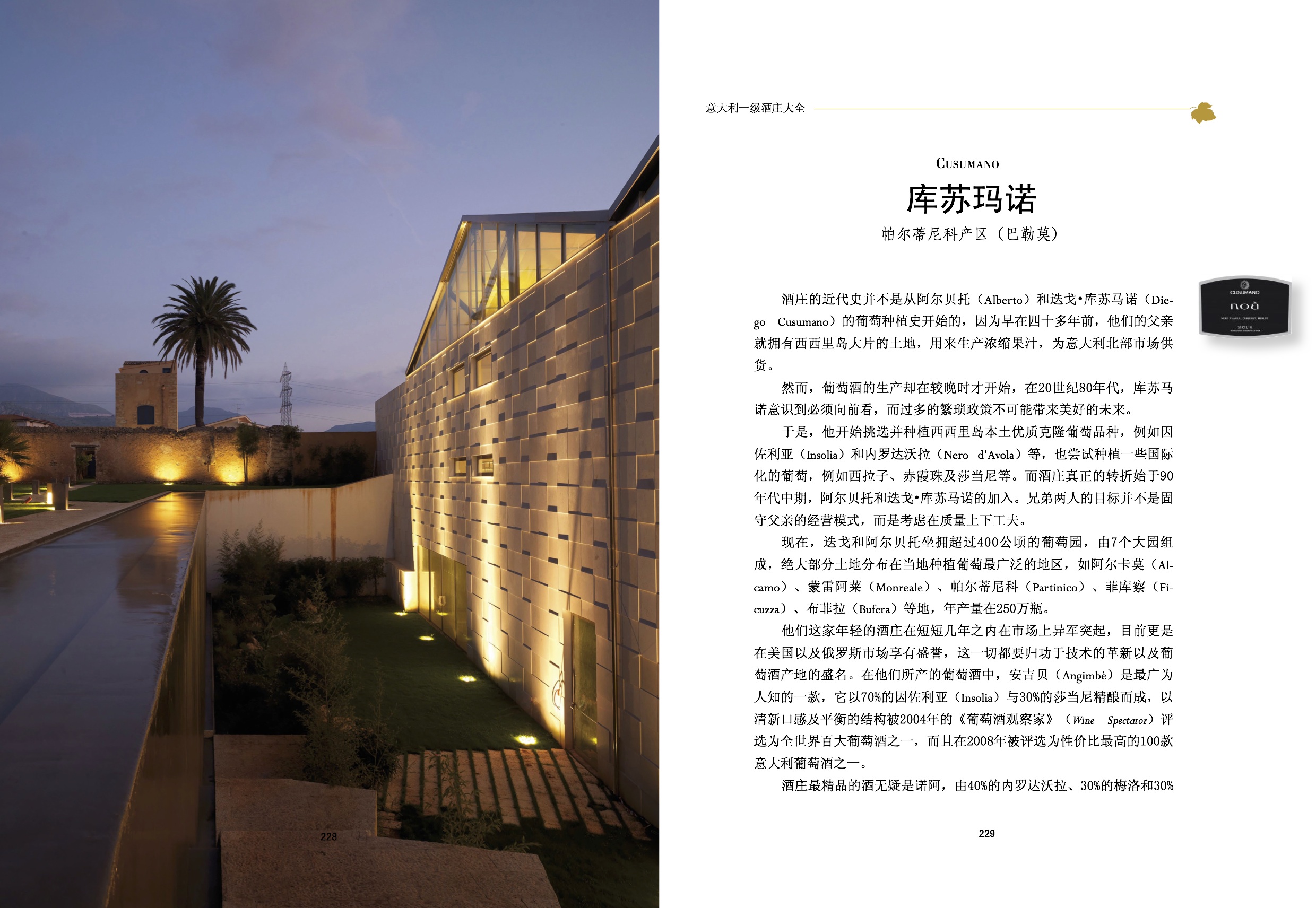 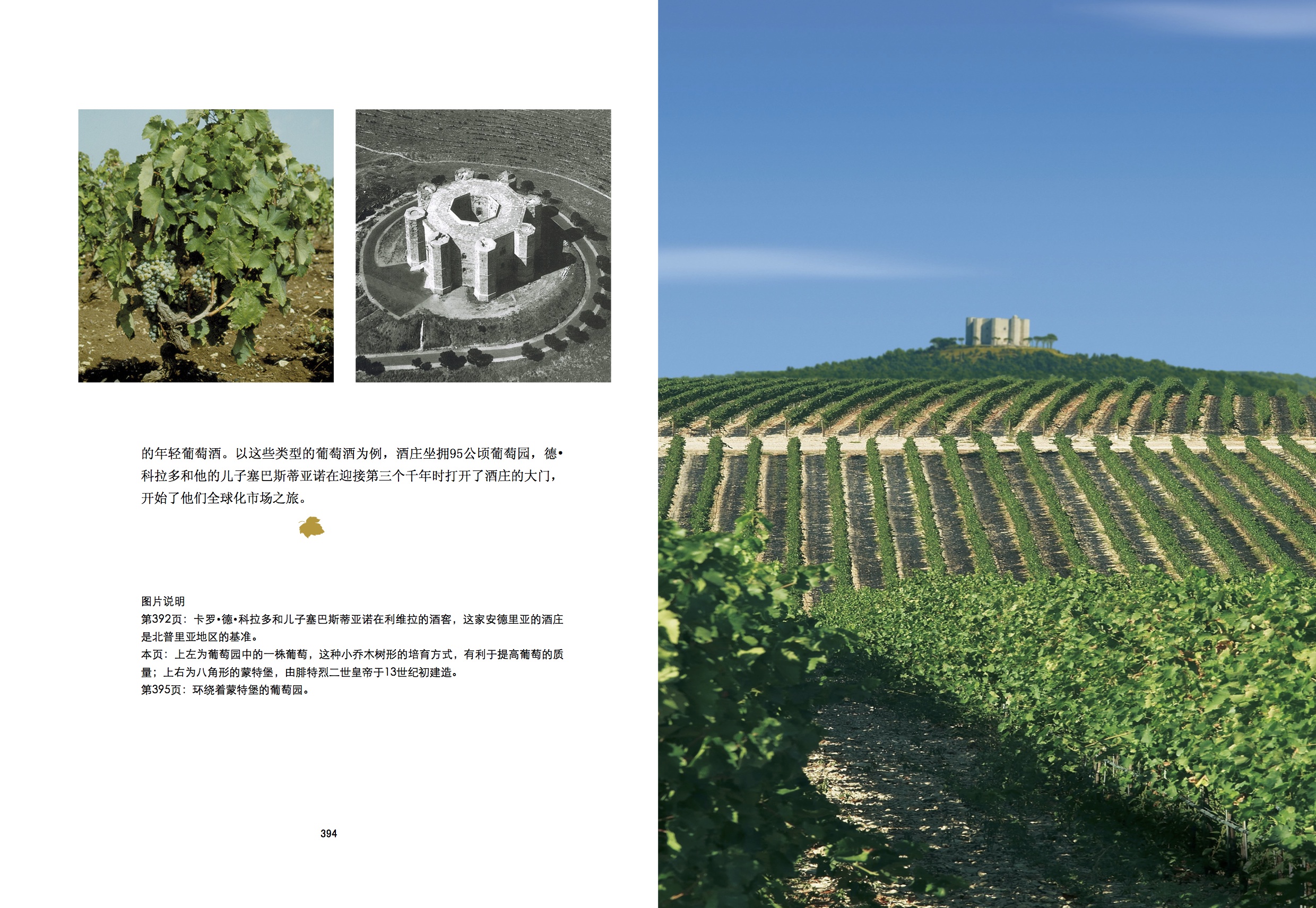